What Made James Street a Dining Precinct

Recently we asked Brisbane food Editor-at-Large Matt Shea, for his musings on what turned James Street into a precinct, prime for eating and drinking, whatever the hour or occasion.

James Street’s significance as a dining destination crept up on Brisbane.

From the original Centro on James complex in the late 90s, to the immaculate white-brick edifices of Nineteen James and 19 Wandoo Street, right through to the opening of The Calile Hotel in 2018 and Ada Lane in 2019, it’s come in waves.

A mix of the planned and the organic, with each addition bringing new restaurateurs to the neighbourhood who together, have created an ecosystem of venues and slew of options for diners.

In 2021, you can barely walk half a block without stumbling upon a restaurant, bar or café that warrants an honorable mention.

There’s the acclaimed wood-fired cuisine of Gerard’s Bistro, the elevated Greek of Hellenika and the laidback elegance of SK Steak & Oyster. There’s also the classy, quickdraw Southeast Asian from sAme sAme and the giddy Italian from sister venue BIÀNCA.

Wander beyond BIÀNCA towards Wandoo Street. Turn left, continue and you’ll find exceptional sushi at Fresh Sushi Co before the rest of the Standard Market Co beckons. Turn right on Wandoo, go straight up Doggett and you’ll hit Botanica – a takeaway pitstop for boutique salads. Delicious as they are gorgeous.

On Arthur, there’s sustainably minded brunch fare at King Arthur Cafe and homely Italian at Mosconi. At Jocelyn’s Provisions, the baked goods are the fruition of Swiss precision and at Gelato Messina next door, sits some of the country’s best gelato. After noon, there’s fabulous boozers such as Gerard’s Bar, At Sixes and Sevens, and the now iconic, Cru Bar call.

Still, it’s perhaps not the quality of these places that stays with you, but their style of service. Just about all are owner-operated and bring a style of hospitality that speaks to the familiar.

You’ll find co-owner and chef Ben Williamson working the pass at BIÀNCA, which is named for the genuine Italian conviviality of his business partner Biànca Marchi, who you might find on the restaurant floor. The smiling Simon Gloftis is usually floating between his Hellenika and SK Steak & Oyster eateries, while Harveys Bar + Bistro and Tinderbox are inseparable from the reputation of chef-patron PJ McMillan.

Up on the Arthur Street sidewalk, it’s owner Mark Rotolone both on the door and floor, working to see if he can squeeze you into Mosconi‘s packed services. At Gerard’s Bistro and Gerard’s Bar, it’s a celebration of Middle Eastern hospitality and heritage from the Moubarak family.

The chefs, sommeliers and floor staff get it too.

As James Street has grown in reputation, it’s attracted talent from across the country. Enter Gerard’s head chef Adam Wolfers, celebrated for his work in Sydney at Yellow, Monopole and cult pop-up Etelek. sAme sAme‘s and BIÀNCA‘s group sommelier Rani Parish, came from Embla (Melbourne), while their pastry chef Savannah Haigh arrived from the Sydney Opera House’s Bennelong. Even Gloftis made his name on the Gold Coast before migrating up the M1.

As a result, the precinct has a dining culture that captures the spirit of Brisbane’s past, while pointing towards the future. It’s approachable, unpretentious and flexible.

You can occasion here, or you can come down every other night for a drink and a casual meal. The experience will never be the same, but the standard of food and service will. 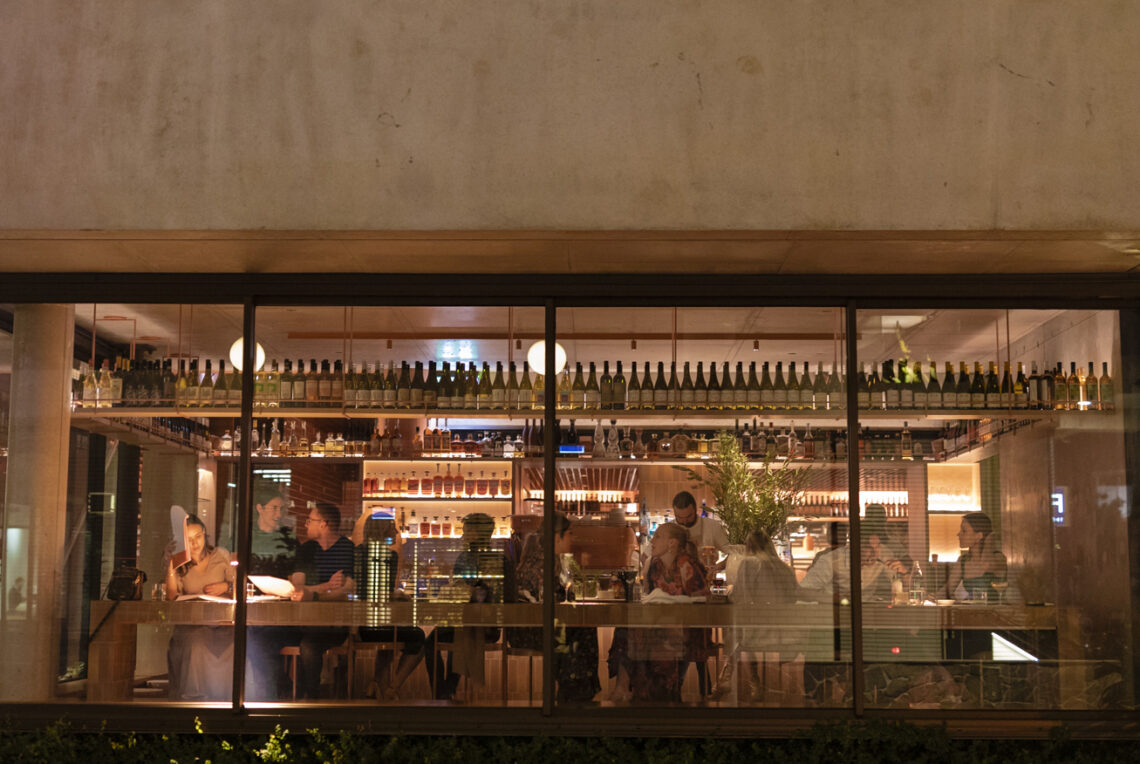