In lead up to Roman Longginou’s solo exhibition Torn, which will be on display in REDSEA Gallery from Thursday 6 June – Sunday 2 July, the team at REDSEA sat down with the young artist in his Brisbane studio to uncover what his latest collection is about and how he stays inspired – see the full interview below:

Run us through the last few years, how have you come to be having your debut exhibition at REDSEA Gallery?

After finishing school, I went straight into studying visual art at QUT. During my undergrad studies, I began experimenting with drawings of faceless figures from advertisements and crumpled consumer objects. Some of these works were selected to be a part of the Young Blood exhibition at REDSEA Gallery in 2014. Since then I have been represented by REDSEA Gallery. I graduated Honours in 2016 at QUT and it was during this year that I was given the opportunity to hold a solo exhibition with REDSEA Gallery, bringing us to my upcoming exhibition in June 2017.

What drew you to using charcoal as your dominant medium?

Originally, I took up painting lessons during school and continued with painting for the first year of university. However, what seemed to captivate me most about the process was sketching everything in with charcoal before I’d start applying paint to the canvas. Eventually I left painting all together and focused just on drawing. But really, what I’ve always found incredibly attractive about the medium are its formal properties. The ability to achieve a depth of black that can be heavily contrasted with, or blended into a stark white has always been a point of focus. I think it’s the contrast really.

What concepts have you drawn upon for your ‘Torn’ Collection?

The pieces for this show focus on the tradition of Vanitas and how that could be interpreted for a contemporary audience. In short, Vanitas was a way in which the Dutch artists of the 1600’s could critique their own culture and remind their viewers of the temporality of life.

There’s this kind of affinity I have with wanting to destroy or disrupt the objects or images I draw and that’s where this contrast between the broken and the beautiful comes from. It’s how I reconcile the desire to acquire these items and the unrealistic ideal they sell me while also fully aware that they are vacuously ephemeral in nature. Like a “to and fro” between representing these objects as worshiped items and then depicting them disfigured and torn apart.

We noticed blue is a reoccurring colour, perhaps a nod to Yves Klein? What role does colour play in your work?

Yes, colour is definitely something I want to explore more in future. I’m a huge fan of Klein and his use of blue. There’s this almost spiritual thing that happens with ultramarine blue. It’s been used historically with the Madonna and child within religious imagery and a way to depict distance in landscape painting.

I feel as though monochromatic colour has this capacity to introduce an emotional element within the work. It’s this purely aesthetic thing that can be a symbol for something spiritual. To introduce it to the image as a background or small element can also be a way to disrupt or enhance the illusionary quality of the drawing. It adds this other dimension to the work that I want to experiment with in greater depth.

What’s inspiring you at the moment?

Well I normally read through a broad range of different materials from magazines like the Rake and GQ to theology and psychology podcasts. But I’ve always had this long running love for American Psycho, there’s something very chilling about how relevant it is as a cultural critique. I’ve also just started on Kierkegaard’s existentialism and understanding how that’s still so applicable today. I’ve also been really getting into John Baldessari and David Salle’s work.

Otherwise, I’m captivated with Instagram and the sheer amount of random information in image form that passes through my fingers in such an incredibly short space of time. I collect as many images as I can from these social networking sites and am looking at how an arrangement of some of these images can elicit a sense of narrative.

What can we expect from you in the future?

The most foreseeable future is of course my solo exhibition, with REDSEA Gallery. “Torn” will be on from June 6th until July 2nd. Otherwise, definitely expect some large scale collaged works in the near future. I’ve been experimenting a lot with collaged pieces to see if it could lead to anything new and I’d like to do more involving the masculine subject. 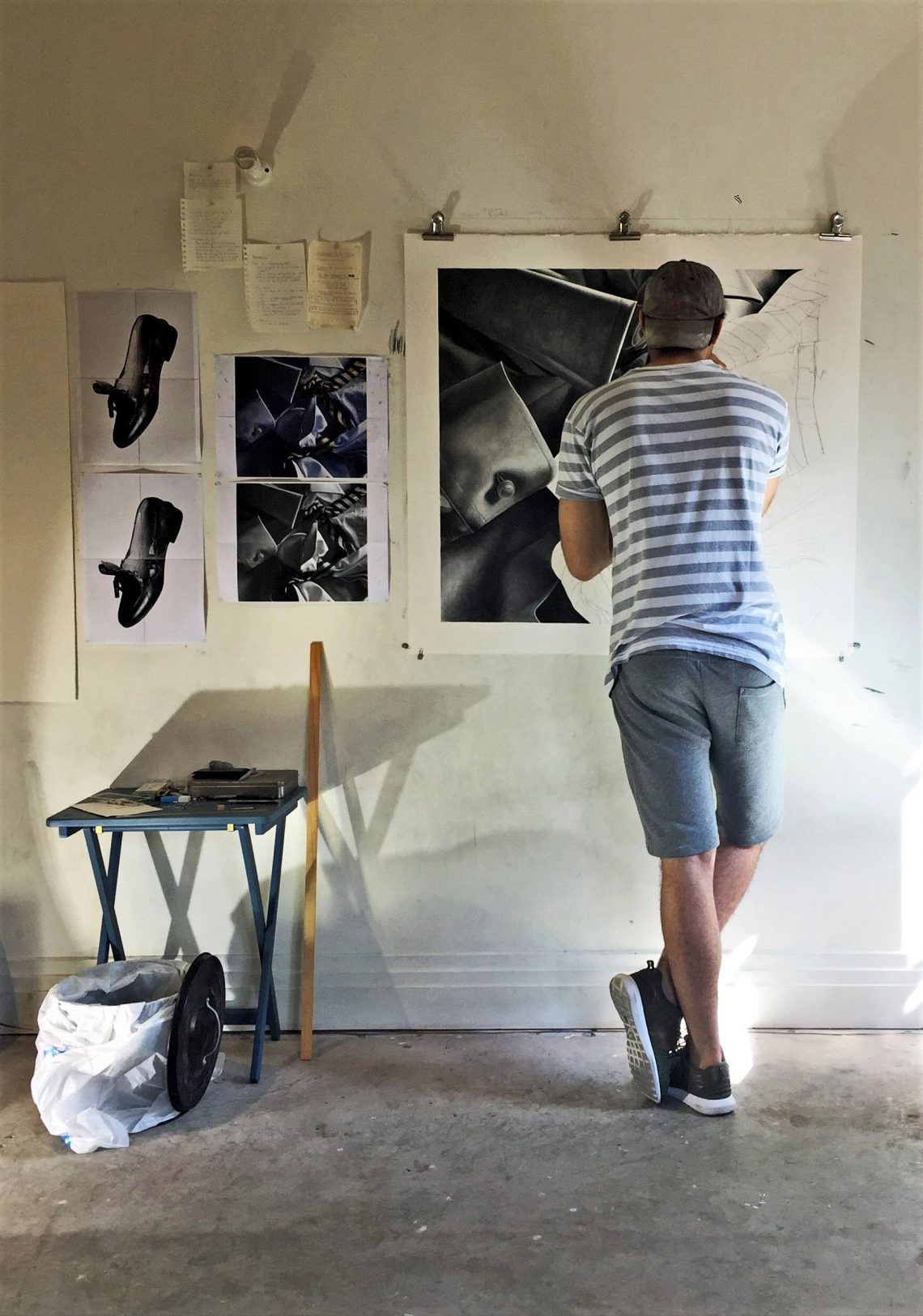