Architects Richards and Spence have been entrusted with orchestrating the carefully considered design decisions in the James Street precinct for the past fifteen years. Their vision, alongside that of a small dedicated group of developers and property owners has driven a captivating subtropical design aesthetic that makes it an alluring community gathering point for shoppers, flaneurs, people watchers and food and drink purveyors alike.

Their most recent project, The Calile Hotel, is perhaps the architects’ crowning glory. Both in design and functionality, the hotel knits together the components of the area, and provides a drawcard and focal point for all who visit.

While most are seduced by the architectural spaces and verdant landscapes of the precinct, Adrian Spence and Ingrid Richards downplay these delights as par for the course – their initial concerns are with functionality.

Creating public spaces on what is private land has been key to the success of the shopping precinct. The newly conceived Ada Lane which runs along the western edge of The Calile is what Spence refers to as “the biggest gesture so far”, a promenade for shoppers that is not indoors and air-conditioned, and where a small marble drinking fountain and doggie water bowl invite stopping and gathering.

“Ada Lane acts as an anchor for the collection of tenancies around it,” he says. “We love the generosity of the developers providing public space on private land.”

In designing The Calile, Richards and Spence were driven firstly by the functional requirements, the site and circulation zones in and around it, the scale of the street, and by the concern to employ natural ventilation in the rooms.

“Who wants to be in a conference room all day then go to a hotel room that is locked up and air-conditioned?” says Spence. “We live outside all the time in Brisbane, so why not do so in a hotel room if you can?” Many rooms open onto generous scallop-edged balconies overlooking a pool deck.

The pool is a focal point, with the rooms wrapping around its raised podium, and Hellenika restaurant tucked neatly alongside. Materials continue the brick and concrete palette of the precinct, while interior touches come in the form of polished brass and slabs of fluted pink marble.

“We were always navigating that fine line between brutality and sweetness,” says Richards. “There was a drive to make everything endure. It’s a restrained palette, and one which won’t have to be replaced in several years’ time.”

After extensive research in hot weather climes such as Miami, Palm Springs and Capri, Richards and Spence have provided an extraordinary, enduring vision that is of its time and place in subtropical James Street Brisbane. 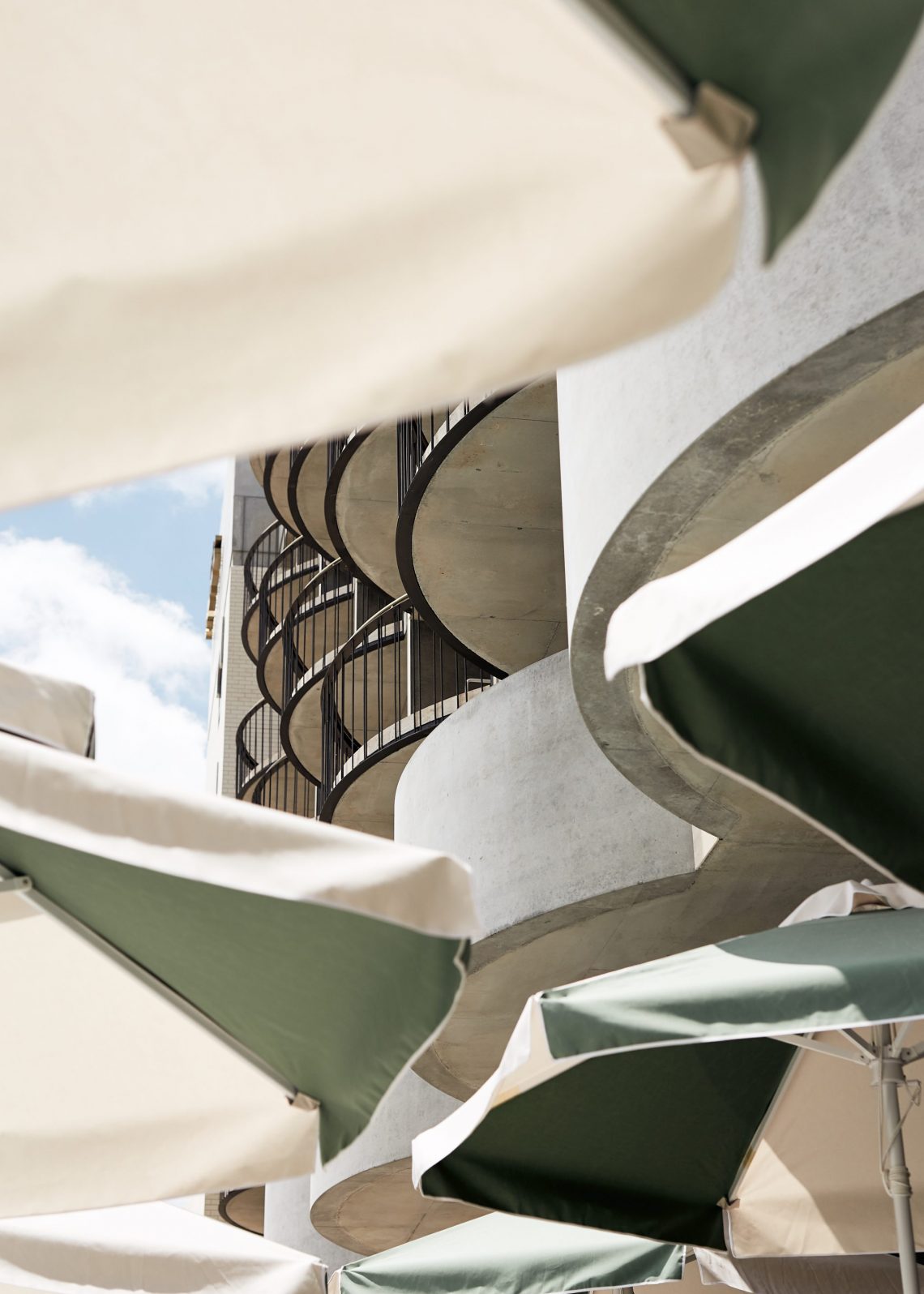