The highly anticipated second edition of the James St Guide is now available – get your hands on a copy before it’s too late!

James St’s second published guidebook, created for locals and visitors alike, features a carefully curated summary of the boutiques, galleries, eateries and laneways to be discovered in the sub-tropical urban oasis that is James St.

Editorial in style, the book is divided into five dedicated categories including: New Stories; Lifestyle + Design; Fashion; Health + Beauty and of course Food. Introductions to the diverse retailers in each category sit alongside original images that invite you to view James St with a fresh perspective.

There are four New Stories – one of which features a conversation with artist Sam Cranstoun. View the full conversation below:

Just one week into his art degree in 2007, Sam Cranstoun was announced as a finalist in The Archibald Prize and dubbed an enfant terrible by the likes of author Thomas Keneally. A decade on, Cranstoun’s unabated creative journey into philosophy, history and human nature has made him one of our favourite local artists.

Can you briefly explain your art practice?

My art practice centres on an interest in history; how history is told and how we, as viewers or spectators, use things like imagery and mass media to understand it. My work uses different forms of research, both highbrow and lowbrow, to make anything from drawings, paintings to video sculpture and installation.

You work across a number of different mediums. Why is that approach important to your work?

It has always been an instinctive thing. In a way, the medium is dictated by the work itself and by the research. I like the freedom of being able to research something – to look into the story of a person or an event – and then that process determines the physical outcomes of the work. I think trying to start with a physical outcome and then work backwards has never been a process that worked for me. As a practitioner I find it a more exciting process.

Your big break came as an Archibald finalist when you were still studying at university – what was that like?

The first time I got into the Archibald I had to miss a few days of week one of first year, because I had to fly down to Sydney – so it was right at the very, very start and it was incredible. It was a very bizarre experience, because I’d kind of gone from deciding that I wanted to fully commit myself to an art practice in the previous six months and then within a matter of months I was down at the Art Gallery of New South Wales and meeting all of these incredible people. The author, Thomas Keneally, who had always been a bit of a hero of mine, came up and tapped me on the shoulder and said, ‘Oh you must be the enfant terrible I’ve been hearing so much about.’

More recently you’ve been doing some work about a Greek town planner called Constantinos Apostolou Doxiadis, who had a stint in Brisbane. Can you describe that?

It’s a really fascinating story about this figure who I thought had done architectural work here in Brisbane. The more I tried to find out about that, the more I realised that that wasn’t the case and I began to try to uncover more and more about his life. I got in touch with his archives in Athens, which I’ve since visited, and turns out he tried to get his career going here in Brisbane, but no-one would give him any work. So he was forced to farm tomatoes in Rochedale to make a living.

Then when he decided to return to Athens, he became internationally well renowned. He went on to design the city of Islamabad from scratch when the newly formed Pakistan needed a new capital, and also to work extensively throughout Europe and Africa and the Middle East. And his Brisbane time is an unknown entity that has occupied a lot of my thought and my time and practice in the past couple of years.

So will there be a collection of work around this?

Yes, there will be, in all kinds of different media forms. The work I’m making now is a kind of hand-stitched flag that I’ve designed. Plus, there are watercolours, sculptures and a video work. I was fortunate enough when I went to Athens to track down his daughter, who is in her seventies now. She told me about their time in Brisbane, when she was a young girl living here on the farm and going to school. So it’s a fascinating story that covers so much – so there is an interview with her that will be part of a video.

Your practice is quite philosophical, how did you become interested in this approach?

I’ve always had a real interest in how events and narratives are told and how that can often be an imperfect process. I remember as a kid seeing a photo of Malcolm X and finding it a little bit jarring because my image of Malcolm X had been Denzel Washington playing him in the Spike Lee movie. So I’m really interested in how these processes and translations can help but also hinder our understanding of history. But my interest in those things has always been from an interest in philosophy, of what it means to understand the world around us. I’m interested in both message and messenger.

On the philosophy note, you spoke during the RESORT 2017, Food for Philosophy Ideas Lunch. What were some of the key ideas to come out of that conversation?

We were talking about people reaching ideas and having interests at the same time, even though these people may be isolated from one another. When that occurs it can be a strange almost spooky, surreal process. But it points to larger ideas of different trends and different realities around the world shaping people’s way of thinking at the same time. For me, that was one of the biggest revelations.

You showed some of your works in Gerard’s Bistro over RESORT – was that the first time you’ve hung your works in a restaurant before?

Yes. Years ago I was travelling for a couple of months – I went to Paris and New York and London –and I just happened to see the same retrospective of the same artists touring those three cities. So I saw the same body of work, presented in a different way three times, and each time it was so, so different. The new approach, the new setting and the new curation completely changed your reading of the work. From then I’ve always thought about it and realised just how much the context of exhibiting the work really plays a huge role. So I’m always interested in putting the work in a new setting. Exhibiting it in a new context unlocks so many new things.

Where do you find inspiration on James Street?

The architecture and landscaping of the precinct has always resonated with me. I’ve worked with plants a lot as well as architecture, and I think about the social and historical implications of architecture. And so for me, there is a really interesting mix of all of those elements architecturally on James Street. 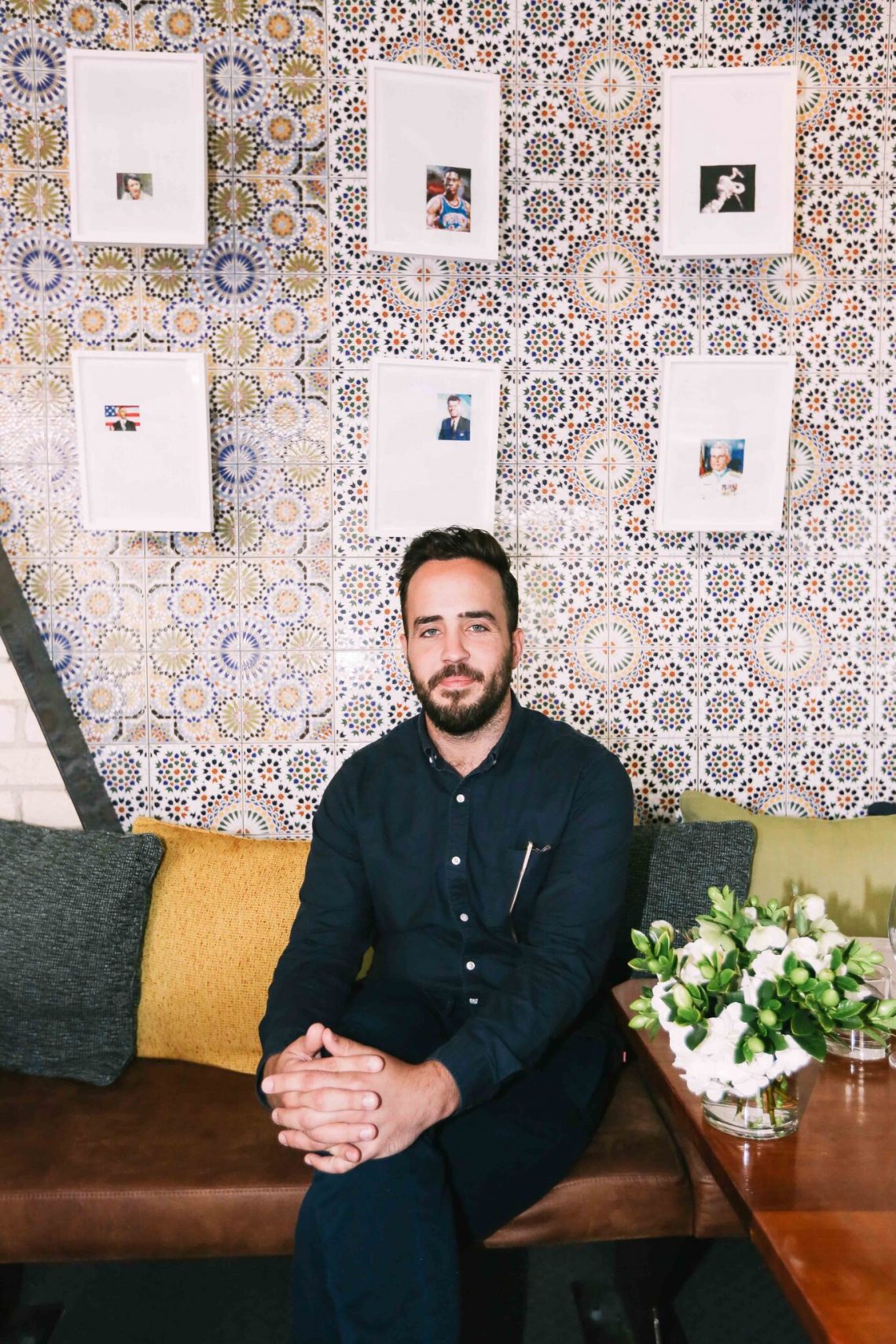