James Street is pretty darn unique. It’s a place where food, fashion, lifestyle and design come together to create a shopping mecca. But it’s not only the retail factor that makes the street so extraordinary – it’s also the art, which is a defining aspect of the street. For a number of years now, James Street has welcomed artists from all corners of the globe to create unique, striking and evocative pieces that transform the street into an unassuming gallery. So, get ready to jump aboard the James St Art Train because we’re taking you for a ride!

Our first stop is James Lane, where you will find Jemima Wyman’s ‘Combat Drag’ displayed above Bailey Nelson and 2xu. Working between Brisbane and Los Angeles, Wyman’s folio of work incorporates various mediums including installation, video, performance, photography and painting. Her works aim to explore the formal and psychological potentiality of camouflage and masking in reference to collective identity. 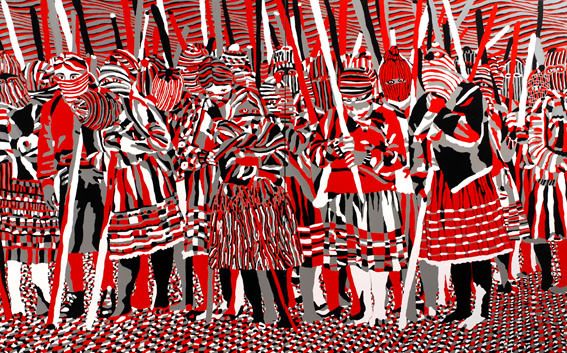 Cross the road and sprawled magnificently over the wall near Bed Bath ‘n’ Table, you will find a mural by Australian street artist, David Booth (previously know as Ghostpatrol). The Melbourne-based artist draws his inspiration from his childhood and the legacy of his birthplace, Tasmania. His works depict hybrid animals, creatures, characters and pop culture references. You might be thinking that this mural looks familiar? That’s because it’s featured on the James St Gift Cards! 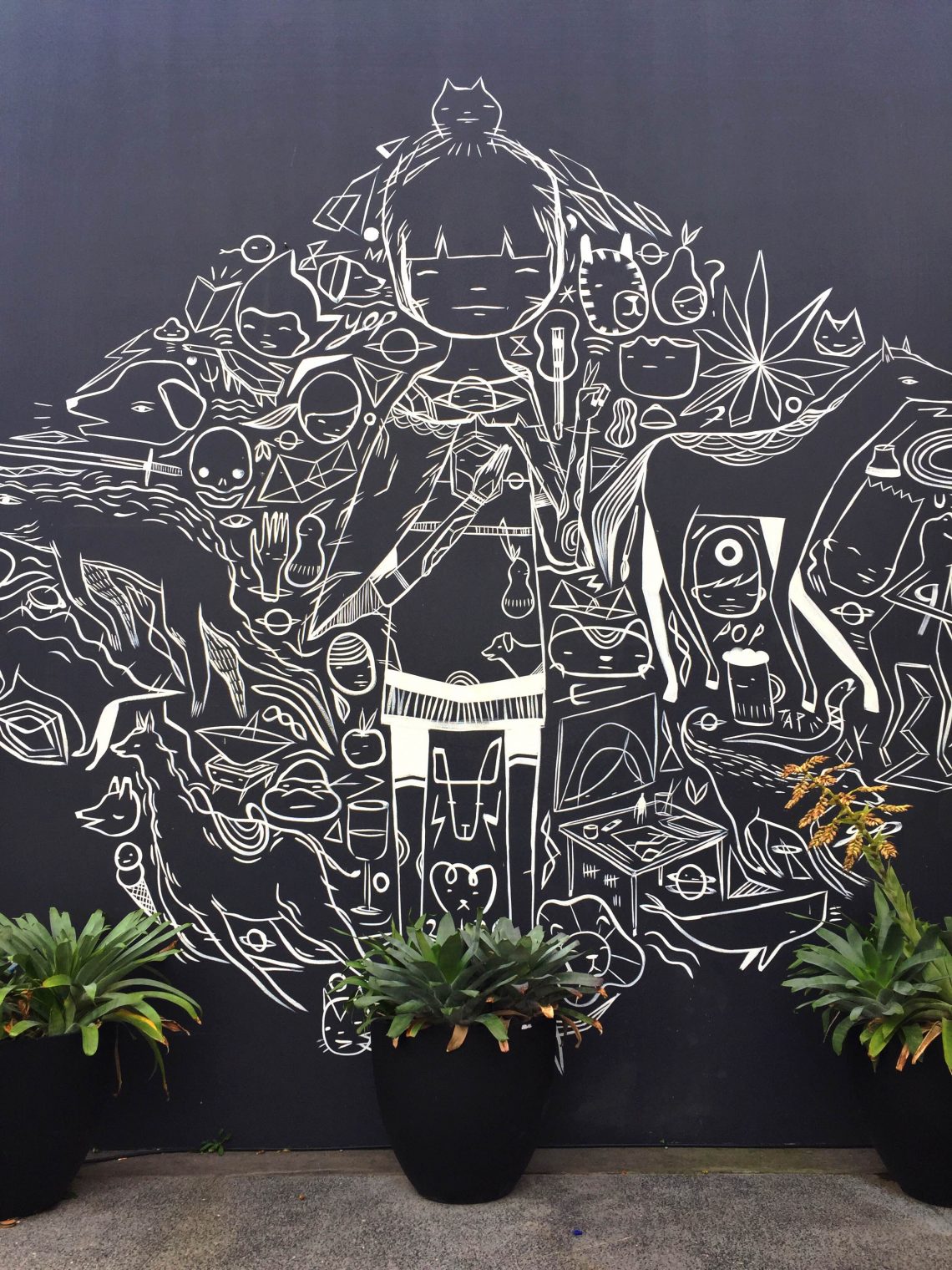 Take a hop, skip and a jump down towards Kookai, look up and you will see a whimsical piece fixed high on the wall around the side of the building. That’s a little number created by Australian Artist Natalya Hughes represented by the Josh Milani Gallery in Woolloongabba. Continuing down the street and you find a Christian Palmer original on the Maryon’s wall. Palmer is represented by REDSEA Gallery and created this extraordinary piece live during RESORT 2015. 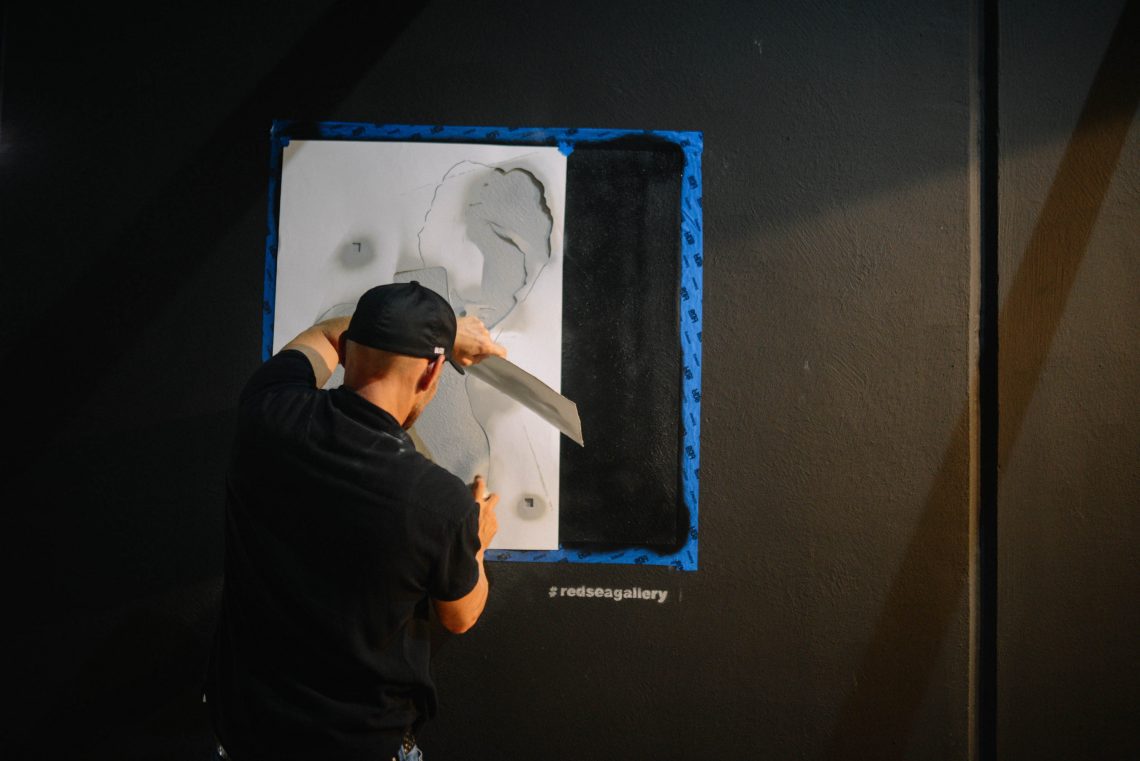 Look left, look right and cross the road to discover two works by Australian Artist, Luke Barker. In between TWFINEART and Living Edge you will catch a glimpse of an elephant painted at the end of the lane and also his work of Morgan Freeman near the REDSEA Gallery. Next stop, coffee… Pop into Jamie’s Espresso and you will soon notice a substantial amount of artwork. Feast your eyes on the painted gorilla by Mik Shida’s, which lives happily on the wall opposite another striking piece by three Australian artists: Numskull, Roach, and Joel Birch “The quick brown fox jumps over the lazy dog” is painted in a thick font in front of an array of clashing colours. 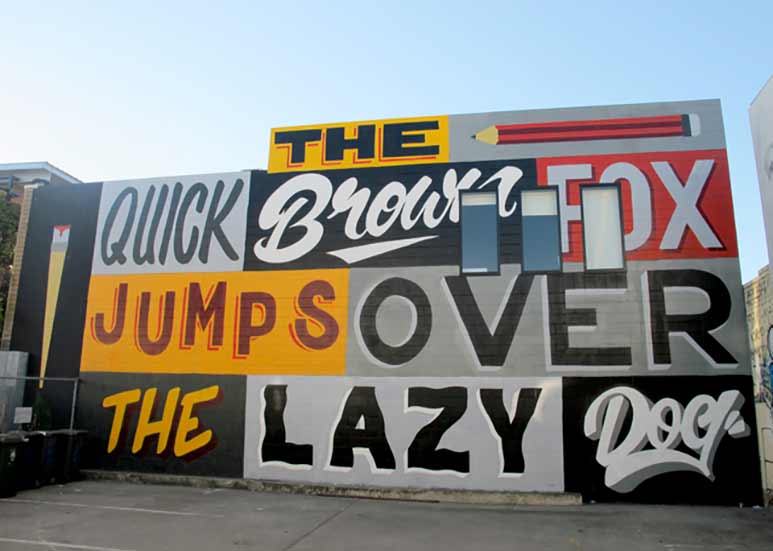 Before we finish, there have been many works of art on James St, that have now found a new home.

In 2010, James St collaborated with Vernon Ah Kee, a local Indigenous artist. Ah Kee’s work titled What is an Aborigine? featured two paintings of his daughter and uncle. His work explores Australian Indigenous and non-Indigenous culture in contemporary society. 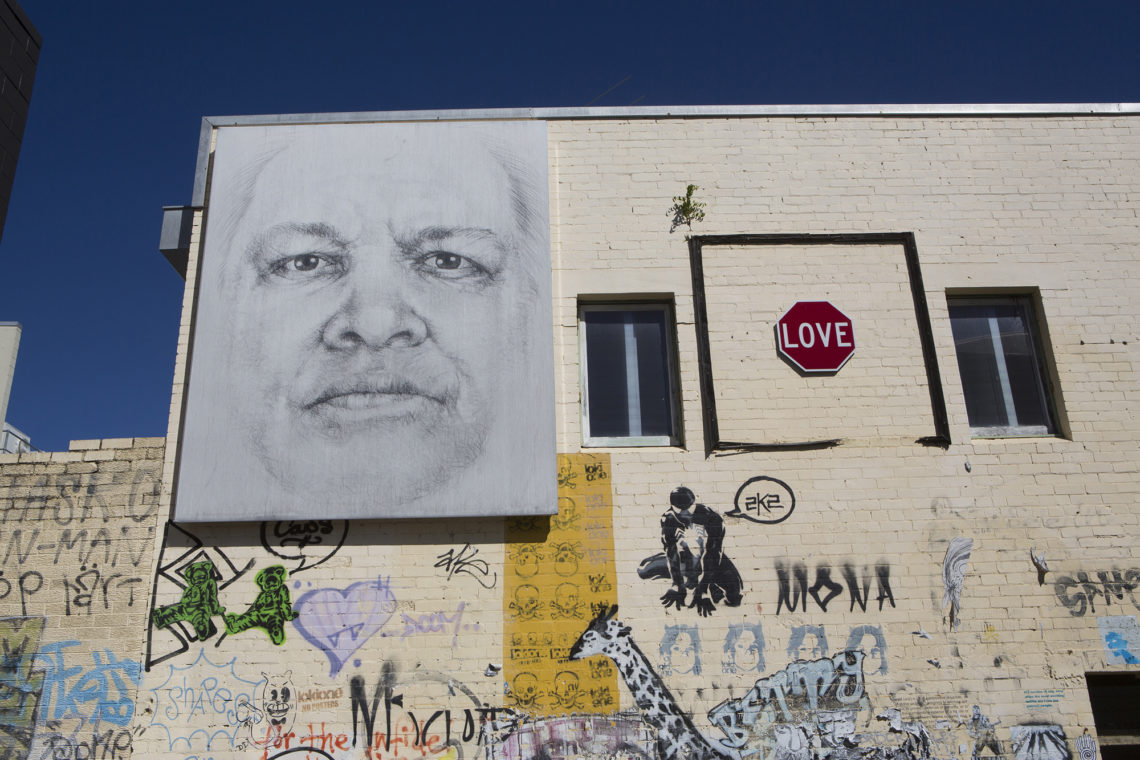 Then in 2011, James St worked with Australian artist, Ben Quilty – a well-known contemporary artist, who just happened to win the coveted Archibald Prize the very same year (no biggie)! During a live demonstration, Quilty created a piece especially for James Street, his method was quick, free-flowing and incorporated many textural components, his demonstration included live commentary, on-lookers were speechless. Catch a snippet of the performance here!

Over the years James St has collaborated with countless artists on projects, many of which only exist online now. A few of our favourites include: Jonathan Zawada, Prue Stent + Honey Long, and most recently Kate Ballis + Tom Blachford.

Voila! You have officially been introduced to the huge range of talented artists covering the walls of James Street… Stay tuned for the next addition! 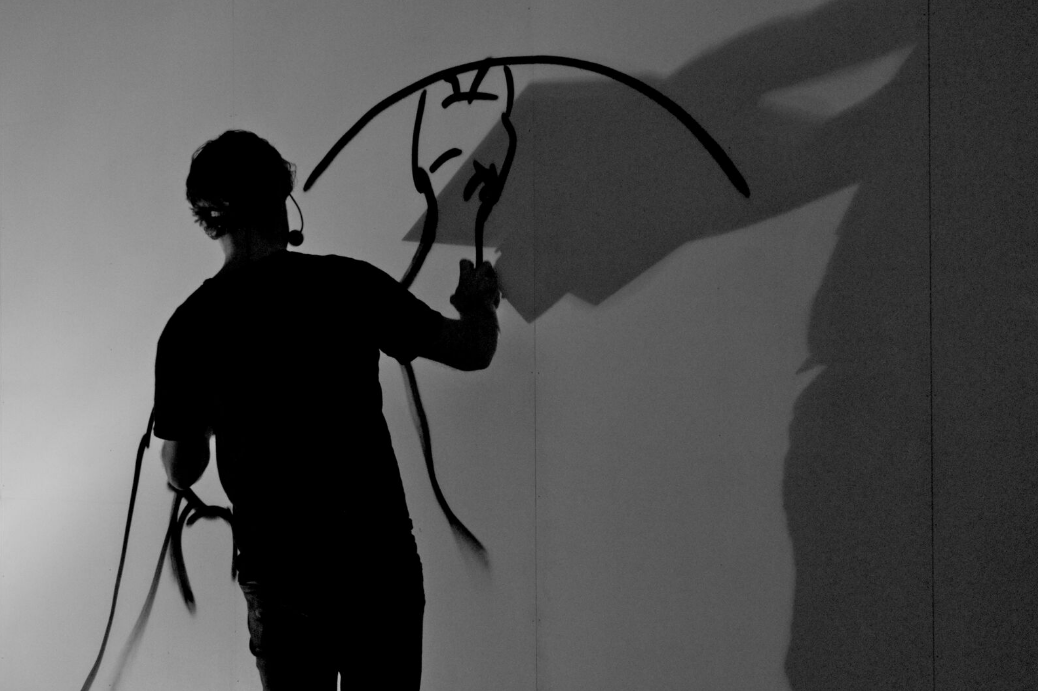