The Heart of Hospitality

A Bistro, A Bar and A Book with Johnny Moubarak

Gerard’s Bistro has fed Brisbane locals and travellers alike, with their award-winning Middle Eastern menu since 2012.

Like all good restaurants, there’s more to this culinary icon than the impressive food – it’s the story, the heritage and the people involved too.

In recent news, the Gerard’s Bistro story has been told with the release of Gerard’s Bistro – The Heart of Hospitality book. A book crowdfunded by publisher Somekind Press, it features a masterclass on the restaurant’s story, how to turn a meal into an occasion with heart and recipes from the Moubarak family to name a few favourite chapters.

In celebration of the book launch, we chatted with the co-founder of Gerard’s Bistro Johnny Moubarak about family, food and his favourite seat in the house.

How has Gerard’s Bistro evolved since opening in 2012?

Since opening 8 years ago, I think the biggest evolution in our story has been our identity. In 2012, we had a concept, grand ideas, a beautiful venue and an eager team. But it’s taken these 8 years for all the pieces in the puzzle to really come together. With Adam Wolfers coming on board it now feels like a new era – but at the same time, what Gerard’s Bistro was always meant to be.

Soon after Gerard’s Bistro, Gerard’s Bar opened in 2014, why was it important for Gerard’s Bar to complement the bistro offering and have its own menu and identity?

When we opened Gerard’s Bar the menu did have its own identity and rather than offer Middle Eastern inspired dishes that would resonate with the bistro menu, we had an extensive cheese and charcuterie offering complimented by Spanish style snacks and share plates. More recently, we have moved to create a more solid connection between the two venues. The new menu is pretty exciting.

Gerard’s Bistro has won numerous accolades and received many notable mentions over the years, from The Gourmet Traveller to Financial Review Best Restaurant in Queensland, what is your proudest achievement?

All of these achievements have been an amazing accomplishment for myself and our team – our proudest moment was likely the Gourmet Traveller Top 100 ranking last year. We earned a place in the Top 50 for the first time ever at #48 under recently appointed Head Chef Adam Wolfers. Having recently changed head chefs and with that our menu offering, this really affirmed that we were on the right track with the menu. It’s not an easy process to remove dishes from a menu that have been available to our loyal guests for 6 years running!

Throughout the years, Gerard’s Bistro and Gerard’s Bar have hosted many events, from your iconic annual Melbourne Cup celebration to more intimate book launches and conversations – pitching Gerard’s as more than a restaurant and bar, but a hub of social, fun, learning and creativity. Why is this important to you?

We love pushing the envelope and curating memorable experiences. As a team, it is what motivates us to be creative and try new things and further connect with our guests on a more artistic level. Art and creativity are at the core of our design and ethos, our food and beverage and the events that we curate.

What do you hope for Gerard’s Bistro and Gerard’s Bar’s legacy to the Queensland food scene to be?

I would hope that our legacy would be of two venues that have endured the test of time and remained relevant in the bar and dining scene. Venues that have evolved and stayed abreast of current trends but have remained true to our ethos.

Gerard’s is at its essence a family run business – why is supporting local important to you?

For me, it’s about community and connection. I come from a large Lebanese family and with that an even larger extended family. I grew up in a community where we supported and looked out for each other. It’s the way I was raised. Keep it local and support your neighbour.

Which menu item could you eat every day?

Our menu changes daily, but we always have bread, a different one each day to compliment the menu. Adam is an amazing baker and his breads are next level.

What’s your favourite seat in the house?

Table 9. It’s situated in the back corner against the glass wall overlooking the restaurant and the laneway. I’m not alone on this one though, it’s easily the most asked for seat in the house.

Who are you listening to at the moment?

The Strokes, ‘Is This It’. An oldie but a favourite.

What do you love about what you do?

Being in the restaurant amidst a busy service. Seeing our guests enjoy themselves, laughter and cheers. Cocktails being shaken, fire and art from the kitchen, waiters weaving through tables with finesse and urgency. It’s sensory and a wonderful show to watch. 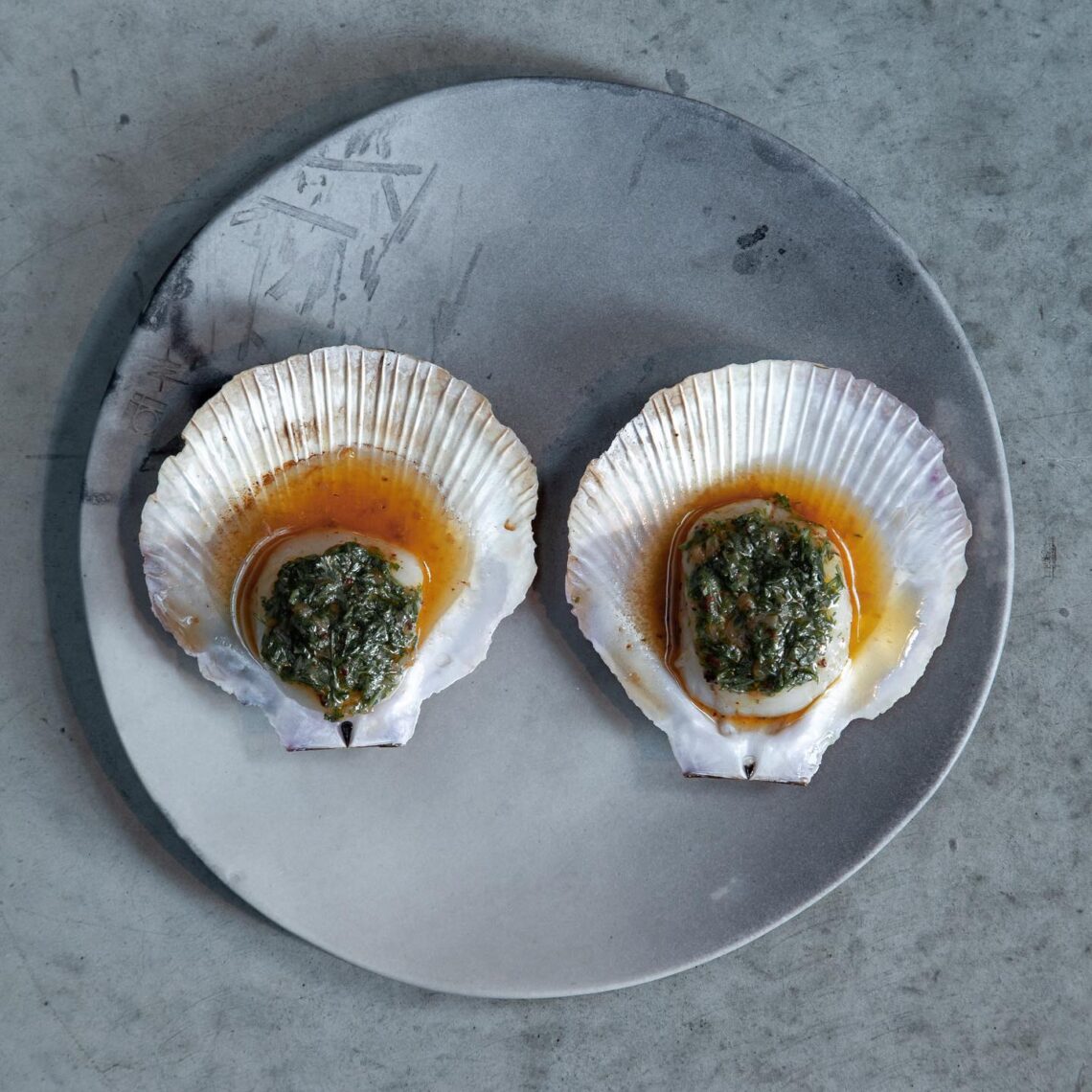