A visit by Her Divine Holiness (HDH) Pope Alice – the alter ego of Brisbane based artist Luke Roberts.

Pope Alice is an alien who preaches about world civilisation as though she had personally created it. She entertains the idea that planet earth is a space station being utilised by beings from another world, and that Christ was an alien sent to reverse the damage being done to the planet by the current occupants. Pope Alice explores the possibility of accepted wisdom being wrong in an entertaining setting of social observation.

HDH Pope Alice’s mission to Planet Earth is an encouragement for all eyes to open wide as Humanity awakens to increasing awareness and wonders. The performance continues HDH Pope Alice’s Consciousness Raising Exercises and Encounters.

Keep your eyes peeled, and ears open for her appearance at 4pm during the Saturday Social Club. 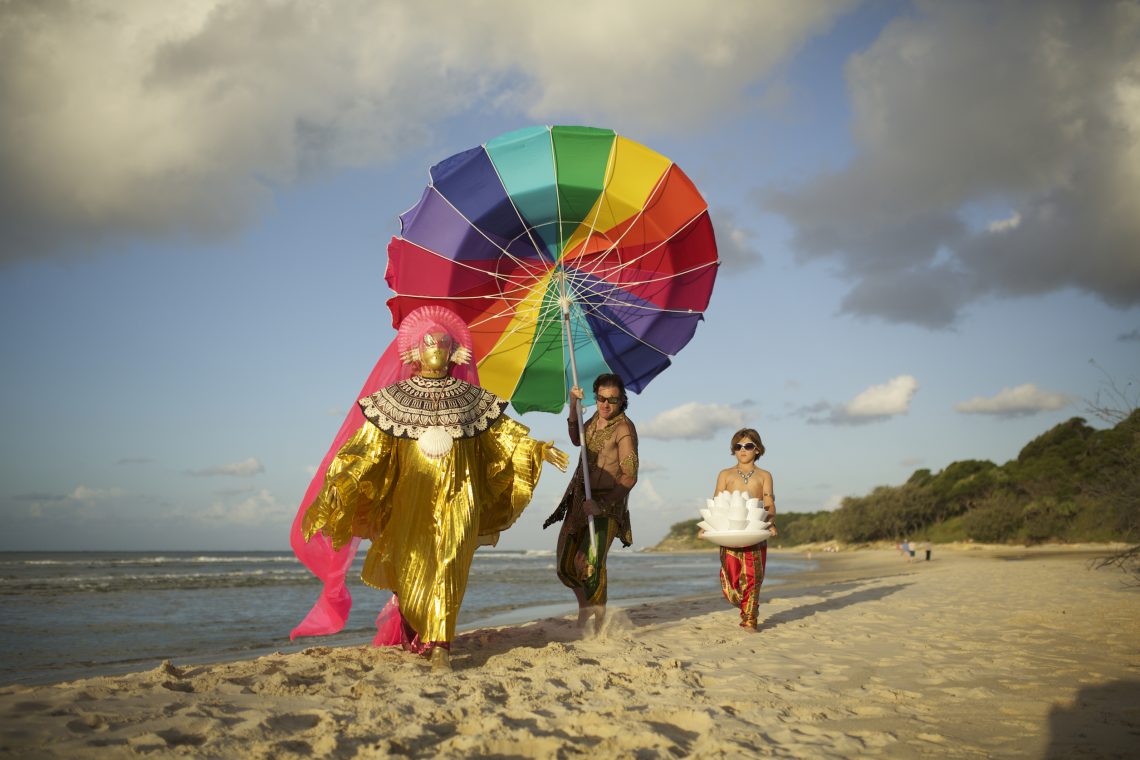