A taste of Japan at Gerard's Bistro with Nancy Singleton Hachisu

Japanese, is a cuisine renowned for its simplicity and elegance, and author Nancy Singleton Hachicu invites you to an intimate dining experience at Gerard’s Bistro on Thursday 6 June to learn more about it’s intricacies.

Hachisu is a native Californian, who moved to Japan three decades ago with a love of sushi and languages, and the intention to stay for one year teaching english. One year turned into thirty, Hachisu met her now husband in rural Saitama. With a fascination for the cuisine, Hachisu built strong relationships with locals who openly shared their traditional family recipes. She has now become an international voice for the cuisine and is an author of three cookbooks; Japanese Farm Food, Preserving the Japanese Way and Japan: The Cookbook. Hachisu is also familiar face on tv, most recently appearing on Netflix’s hit show, Salt, Fat, Acid, Heat.

At the Taste of Japan dinner, Hachisu will be joined by Masaru Terada from Terada Honke, a 300-year-old sake brewery in the Japanese Chiba prefecture, whose organic, naturally brewed sake will feature as one of the wine pairings.

A cultural cuisine collaboration like no other, join Gerard’s Bistro and Hachisu on Thursday 6 June from 6.30PM for a five-course banquet. Tickets are $90 per person for the banquet and $140 per person for the Terada Honke wine pairing – click here to secure your table. 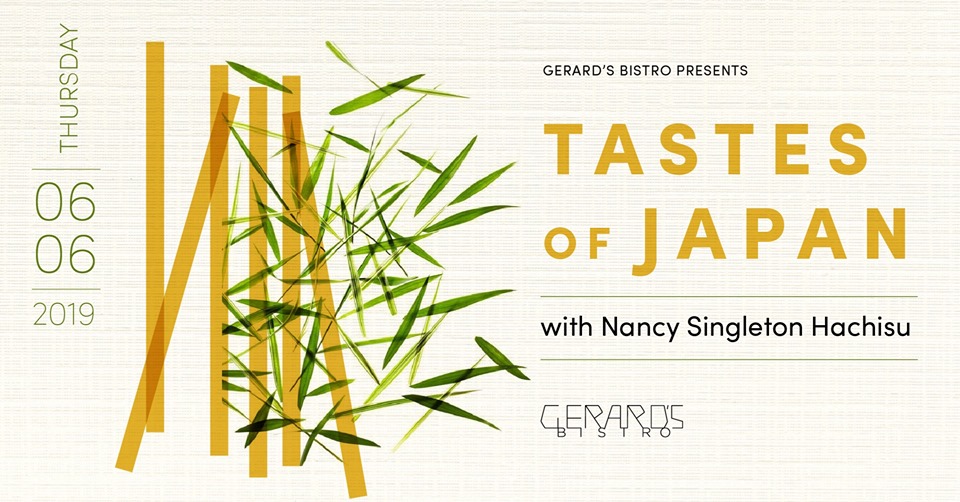